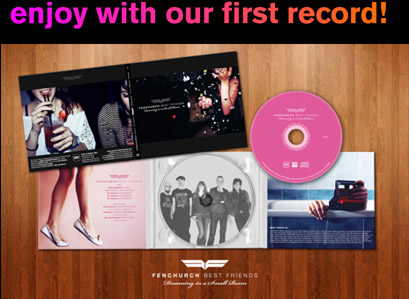 BIO&DEBUT ALBUM
In the never ending eighties revival happening in today’s music, why should you pay attention to this new outfit, the Fenchurch Best Friends?

Well, maybe because it is not mere eighties revival. Of course, you can’t deny a strong influence of the techno-pop era, those vintage analogue keyboards, those priceless pre-digital electronics whose fascination on today’s sound seems to be invaluable. But this is not the only music the Fenchurch Best Friends are fed to build their own peculiar style. Even, the range of sources could be as large as you could imagine: sixties psychedelia, seventies electronica, funky, acid jazz, trip hop, house, dubstep… everything is good, if it fits in a song. And if something fits in, it’s good, even if it comes from a cheesy sample of a bad disco music combo.

No wonder then if in “Dreaming in a Small Room”, the debut album from the Fenchurch Best Friends, the reminiscences are so different and eclectic: they just reflect the openness and wide musical attitude of the group. You will hear of course a series of pieces that would easily be parts of the 80’s catalogues, such as Carry On, New Dimensions or Teach Me How, or even Love Dream in a Small Room and harmonies like those of Air. But you will maybe be amazed in finding references to a past of many more years before, like in Rain Drops, with a string sample of a classic Italian melody, or in the easy listening mood of Beautiful Thing, although with a robotic suggestion given by a vocoder effect, or in the naïf cover of These Boots Are Made for Walking, where the Lio-esque voice of Miss Elizabeat makes the difference. That same voice is the lead of What You Want, the opening track, kind of an intergalactic trip in an electronic spacecraft lead by Vince Clarke. There is another vocalist in the group, i-Gor, with an intense male voice which offers an ideal alternative to singing: his best performance is I Just Want to Say, a slow song which grows little by little in accordance with the beat.

Now, for those who think that being eclectic is a handicap in terms of danceability, the Fenchurch Best Friends are here to prove the opposite. Not only in a pure techno track such as God Save the Drag Queen (what a title!…), not only will you find an irresistible groove like the nu disco with slap bass of Einweig Disco, but even in a piece with a song format like Lost in Translation the insert of an ultra-bass with a dubstep inheritance is a huge surprise, and when the beat reaches the “stop & go” phrases you won’t be able to avoid to moving your ass.

Those responsible for such a kaleidoscope of ideas are:
DJ Delavie (dj and producer of Doctor Jazz Universal Remedy during the last 10 years / YOUNG SOCIETY REC. / SONY MUSIC), www.doctorjazz.dj
along with i-Gor and Urz Vaudet (duo of producers and remixers / IRMA REC.),
Dj Maga (dj and remixer) and Miss Elizabeat (vocalist and vj for D.J.U.R.).
With this new, fresh, permanently exciting record, they are set for a bright future – with the directions still to be decided!
The Fenchurch Best Friends hail from Turin, Italy. Or from outer space. 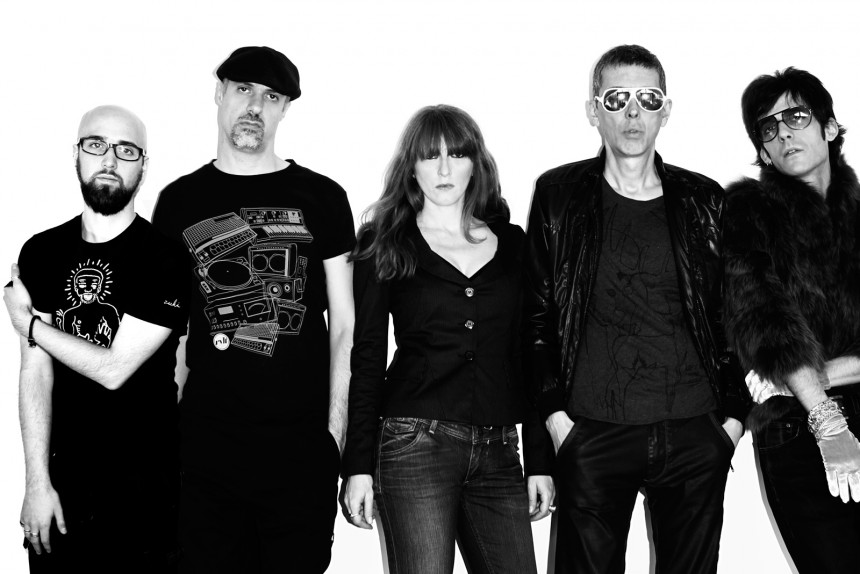